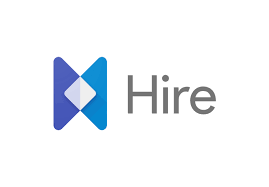 “We’ve made the difficult decision to sunset Hire by Google on September 1, 2020. While Hire has been successful, we’re focusing our resources on other products in the Google Cloud portfolio.”

If you work in talent acquisition, you probably heard the news. Google Hire (once considered “the future of the ATS market”) is shutting down. It comes as a surprise since just last year it was the most popular topic in the ATS industry among thought leaders, competitors, and companies. If anyone could disrupt the talent acquisition market, it had to be Google. The plan was to gain momentum in the SMB market and then eventually move up to the enterprise market. It seemed to be working, and enterprise companies seemed very interested. But two years later, the company decided to sunset the brand and got out of the ATS business.

Before we focus on what went wrong, it is important to start with what went right.

What Made Google Hire Great?

In 2017, Google launched its Hire product and gained immediate attention as being THE de-facto ATS for small companies, inevitably replacing providers like Lever and Workable customers. Its main differentiator was efficiency. Companies could “Hire Faster with Google,” and it was able to prove this through various case studies and ROI examples. Lola reported that they could hire talent in seven days, and Trader Interactive was able to save recruiters five hours a week of administrative work. In a time when showing the value of tech is becoming harder and harder, Google Hire seemed to figure it out. And it wasn’t just efficiency that Google did well. It was also interview scheduling, candidate profile, and analytics. It integrated with the Google Suite of products. It was simple, and based on a candidate-centric model.

So, What Went Wrong?

Although Google’s decision to exit the ATS market may seem sudden, the wheels seemed to come off the bus earlier this year. A few things stand out:

-Google has a long history of killing products, including products that appeared to be successful. Some people call it the Google graveyard. Over the past few years, it has shut down Google Hangouts, Google Trips, Google +, Google Allo, Google Notification Widget (called Mr. Jingles), Google Goggles, and Google Weather. And these are just a few examples. Google Hire now joins this list.

– Bogomil Balkansky, who was the VP of product for Google Hire and connected to most people in the industry, seemed to go on some type of sabbatical last year. Sabbaticals happen especially at companies like Google, and his reasons may have been personal but taking time off when a product is gaining so much traction is unusual.

-Most of Google Hire’s clients appeared to be in the tech market. While having clients at innovative companies is exciting; anyone that has sold tech to tech knows that it is hard work and challenging to scale.

– Google for Jobs started to raise some concerns. Over the past two years, Google has faced over $9 billion in anti-trust fines and Google for Jobs is now under fire for claims that it is unfairly pushing users to its services and away from other third-party sites.

Now that the future of the ATS market looks a little different, what can companies expect over the next year?

Current Customers: Google is extending contracts up to a year for current clients. Customers will have a year to figure out where they want to go next.

Competition: The ATS market has always been competitive, but Google’s announcement has added fuel to the fire. Providers like Workable and RecruiterBox are aggressively going after these Google Hire customers. HireHive posted this message on Twitter: “Google Hire is shutting down. Well, at HireHive we’re not planning on ‘sunsetting’ our platform, ever. And we’re offering every Google Hire customer a free account for six months.”

LinkedIn: Last year, LinkedIn announced it plans to develop an ATS for small companies. Google’s exit could allow LinkedIn to gain market share and establish itself as a leader in the ATS space.

Above all else, the Google Hire story highlights the tremendous opportunity providers have in the SMB market. Too often, providers try to move upmarket, chasing large deals and customers. But, what they forget is that SMB companies want to change and either has no system or a homegrown product. Providers that stay committed to this market can achieve significant growth. 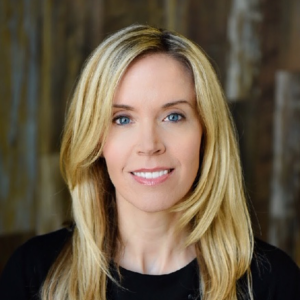 Madeline Laurano is the founder and chief analyst of Aptitude Research. For over 18 years, Madeline’s primary focus has been on the HCM market, specializing in talent acquisition and employee experience. Her work helps companies both validate and re-evaluate their strategies and understand the role technology can play in driving business outcomes. She has watched HCM transform from a back-office function to a strategic company initiative with a focus on partnerships, experience and efficiency.

Before founding Aptitude Research, Madeline held research roles at Aberdeen, Bersin by Deloitte, ERE Media and Brandon Hall Group. She is the co-author of Best Practices in Leading a Global Workforce and is often quoted in leading business publications including The Wall Street Journal, The Boston Globe, Yahoo News, The New York Times and The Financial Times. She is a frequent presenter at industry conferences including the HR Technology Conference and Exposition, SHRM, IHRIM, HCI’s Strategic Talent Acquisition conference, Unleash, GDS International’s HCM Summit, and HRO Today.

In her spare time, she is a runner, an avid sports fan and juggles a house full of boys (where a spontaneous indoor hockey game is not unheard of!).